So it’s pretty much official. New Zealand is fast gaining a serious reputation for not only an amazing freshwater fishery but also for the vast salt fly flats on offer. What a great thing to offer international and national guests, hopefully more people heading our way are packing more than a 6wt, dry flies and waders in their arsenal.

Our kingfish are known as some of the smartest, fiercest and dirtiest fighters around, with two of the worlds biggest at 52kg coming from NZ waters. It’s nice to chest beat about getting them on light gear but a long protracted fight can be avoided with heavier (8/10wt+) set ups. This ensures a healthy release and gives enough leverage to put the hurt back onto the fish – and you never know when the meter plus models turn up until you have a mere second to throw the cast.

Also, the resident Bronzies (bronze whaler sharks) are very clever and love a feed of fish, they habitually feed in common “filleting areas” where fisherman clean their days catch. It won’t be long until they have more presence on the flats with the dinner gong of a fighting Kingi ringing into the nearby channels. 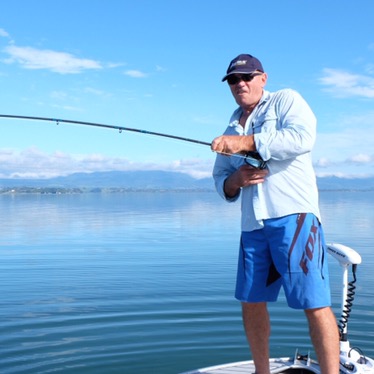 While there’s no regulations about hooks (yet…), going barbless is definitely the way forward. Easier hooksets, effortless unhooking and if one day the inevitable human contact happens then you’ll be much better off for it. Plus fish harm is minimal, the nature of kings is to inhale their prey with its massive bucket mouth and reaching inside to remove a hook is not that uncommon. 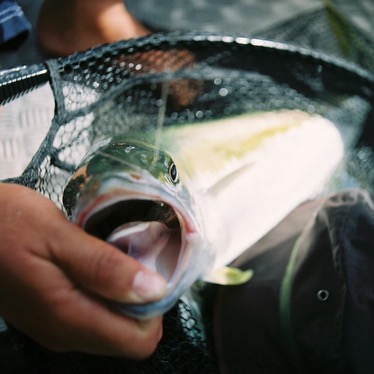 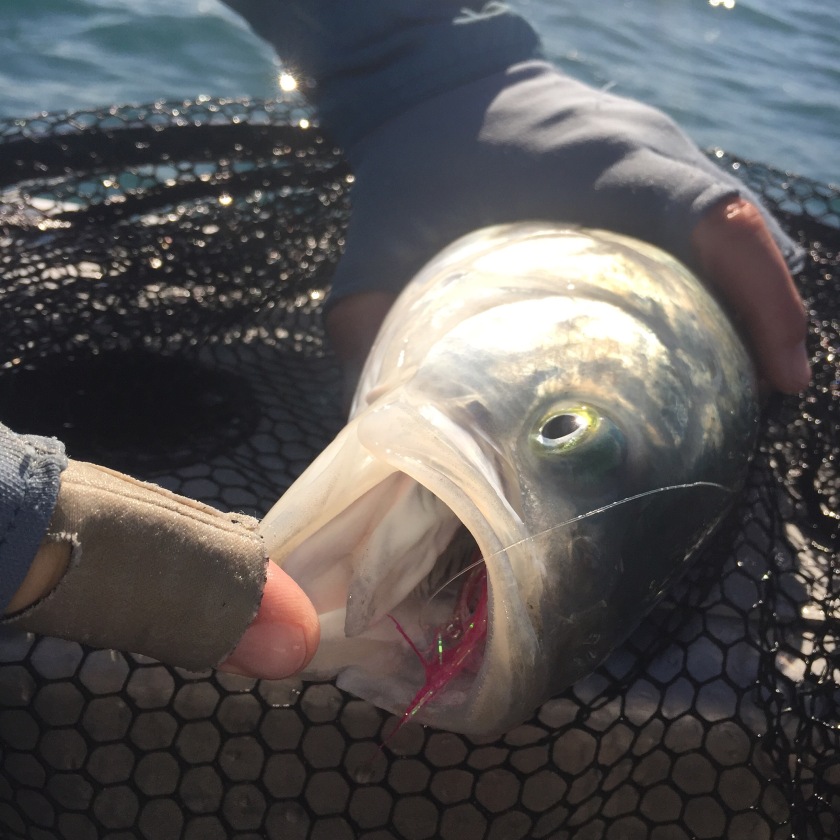 As for the flats themselves, they can handle the increasing pressure for now. New Zealand has an overwhelming amount of coastline and harbours. Sure, there’s a few hotspots and I’m lucky enough to be 5 minutes from a 220sqkm harbour that is home to NZs 5th largest city. Tauranga harbours sheer size alone can see you fish 6-8, make that 10+ good flats within the day and even then you have only just scratched the surface.

Thankfully the attention Collingwood has received put good Ol’ NZ on the map in a good way, but the fishery has already had some noise about handling the pressure. I’m sure time will tell, and without sounding righteous it’s not really the fly fishers that will be a problem. The overriding issue is that people respect the fish, environment and people around it. If you haven’t seen the amazing video yet here’s the link.

At 750mm to the fork the legal size is pretty reasonable. A bag limit of 3 per day is downright greedy however. As a big percentage of fly caught flats Kingis are undersized then C&R is the only option.

When releasing ensure time out of the water is minimal, contact is with wet hands and support the fish by cradling it. I happily encourage releasing the bigger ones also, but if you need to feed the family then do it smartly, and look after your catch properly. All basic stuff and you’ve most likely heard it before but it still amazes myself and others to witness a few bad practices. 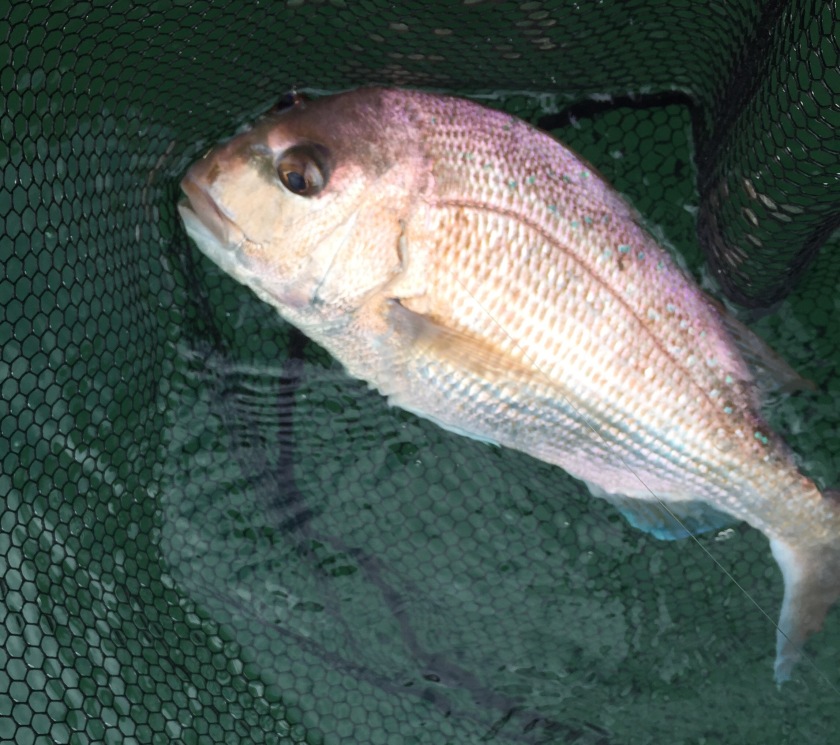 The #tagakingonfly tagging program we have in operation covers Manukau and Tauranga harbours, Waiheke Island and soon to be Collingwood. It will be interesting to see the data as it emerges and give weight to the conversation of New Zealands recreational fisheries worth. As Lee Wulff said, “A game fish is too valuable to be caught only once”.

Paul Mills is the man behind it all and is selling t-shirts to help fund what is currently a self funded project by ourselves. Your help and donations are greatly appreciated to aid us in our next steps. For sales and more info contact Millsy here. 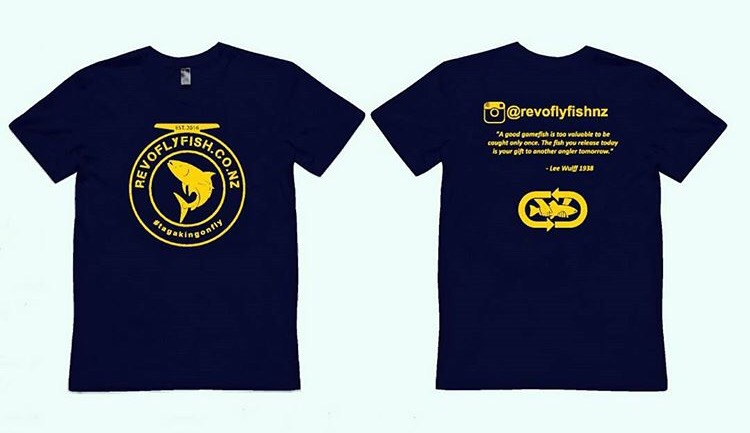 As for winter, when those crisp clear bluebird days happen I’ll be out chasing Kahawai and trevally work ups. The whitebait are thickening in mass out the front and this can create paddocks of fish gorging themselves silly.

Spring seems like a long time away but it will be on us in just over 2 months and with today being the shortest day the daylight will soon increase. With that warmth comes the migration of baitfish, and inturn the predators follow. Speaking of predators I have a date with some Makos coming up hopefully, that should be fun. 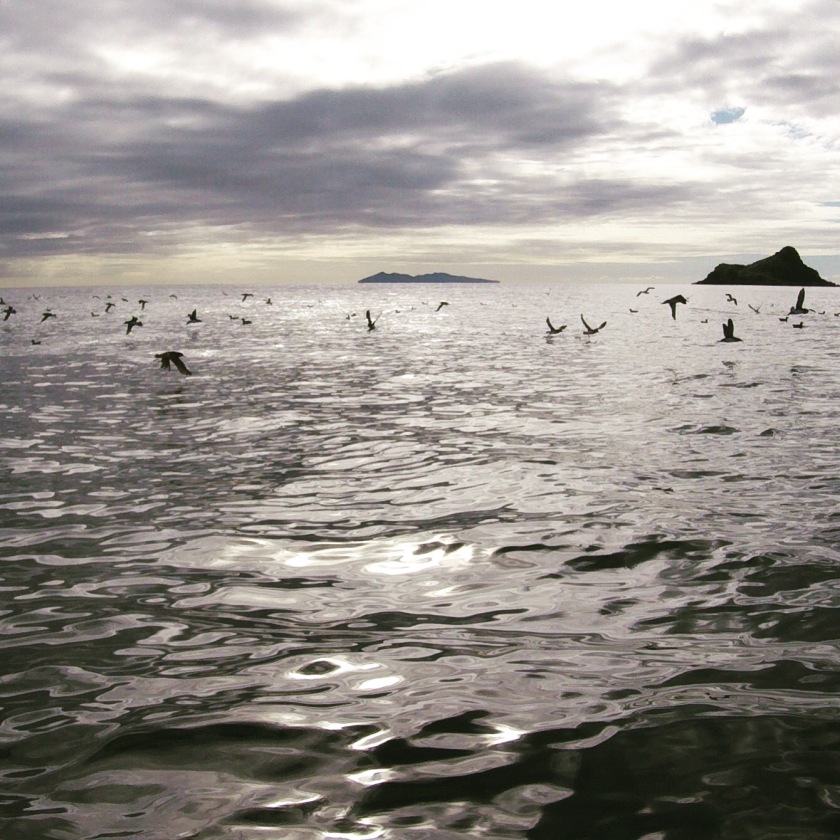 In the meantime, tie some flies, rig more leaders and give your gear a good going over. Oh and service the boat, the lifejackets, the list goes on…

And don’t forget, if you want to be part of this experience drop me a line and we can arrange a day on the water for the upcoming season.